After a round of strong applications, we are excited to announce our selection of Transatlantic Media Fellows for 2020.

Each year, we sponsor a group of journalists from the United States and Germany for a transatlantic research and reporting trip. The coronavirus pandemic has made travel and on-the-ground transatlantic reporting impossible this year. Yet, quality reporting is as important as never before as we navigate a public health crisis, an economic recession and deepening public distrust in our democratic institutions and between the US and Europe.

That’s why this will be the first year in which we offer a virtual Transatlantic Media Fellowship. We were impressed with the innovative research plans of our five fellows in the program areas of Climate & Energy Policy, Democracy & Society, Foreign & Security Policy, and Technology & Digital Policy. We trust that they will find innovative ways to pursue the research for their stories and digitally meet their interview partners remotely. Stay tuned for their reporting on diverse topics from Europe and the US.

Based in Kentucky, Austyn Gaffney is a freelance journalist covering agriculture, energy, and climate change. Her work has appeared or is forthcoming in Grist, The Guardian, High Country News, HuffPost, In These Times, onEarth, Sierra, Southerly, Vice, and more. She’s received support from the Economic Hardship Reporting Project, Institute for Journalism and Natural Resources, Kentucky Arts Council, PLAYA, Brush Creek Arts, and Writing by Writers, among others. 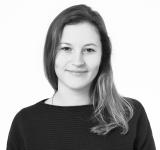 Judith Langowski is a newsletter editor and writer at Der Tagesspiegel in Berlin. As an editor, she coordinates 12 weekly newsletters for each of Berlin’s 12 districts and develops ideas on how to build trust and engage with local communities. She writes about gender equality and feminist issues, as well as politics and society in Eastern Europe, with a focus on Hungary. Her work has been published in Tagesspiegel, Zeit Online, Missy Magazine and Der Freitag. Her background is in Gender Studies, with a Master’s degree from Budapest’s Central European University, and a B.A. from Sciences Po, Paris. 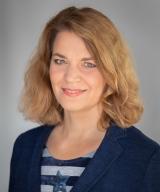 Miriam Hollstein was born in 1970 in Karlsruhe, and studied journalism, romance studies, and film studies in Berlin and Montreal. She wrote for the Berliner Zeitung while still a student and worked as an editor for Internationale Politik. She worked as a foreign reporter for the Welt am Sonntag, and from 2006-2014 was a WELT-Gruppe’s domestic policy editor and reporter. From 2015-2020 she worked for the Bild am Sonntag, first as domestic policy and them from 2018 as chief reporter politics. Her reporting brought her into regular contact with the office of the German Chancellor. Since march 2020 she works as a freelance writer and moderator.

In 2009 she published the first graphic biography of Angela Merkel, entitled “Miss Tschörmanie,” together with illustrator Heiko Sakurai. She appears regularly on the German news program „Phoenix“, where she speaks on political and societal issues. She regularly travels internationally for reporting assignments. In addition, she was a 2005 Marshall Memorial Fellow, a 2008 McCloy stipend holder, and was recognized in 2015 by the DEFA Stiftung (German Film Corporation Foundation) for her contribution to the preservation of German film heritage. Miriam lives in Berlin. 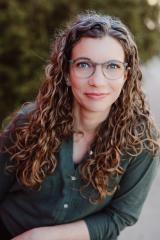 Jessica Goudeau is the author of After the Last Border: Two Families and the Story of Refuge in America. She has written for The New York Times, The Atlantic, Washington Post, Teen Vogue, and many other places, and is a former columnist for Catapult. She produced projects for Teen Vogue (“Ask a Syrian Girl”) and “A Line Birds Cannot See,” a documentary about a young girl who crossed the border into the US on her own. She has a PhD in literature from the University of Texas and served as a Mellon Writing Fellow and Interim Writing Center Director at Southwestern University. Goudeau has spent more than a decade working with refugees in Austin, TX and is the co-founder of Hill Tribers, a nonprofit that provided supplemental income for Burmese refugee artisans for seven years. 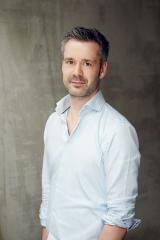 Marc Winkelmann is a journalist, editor and consultant focused on sustainability, digitization, business, and New Work. Prior to his freelance reporting, he worked as the editor-in-chief for the sustainable business magazine „enorm“ which he helped establish in 2010. Marc is based near Hamburg, Germany.