After Atlanta. Anti-Asian Racism in Germany

Anti-Asian racism has increased dramatically during the Covid-19 Pandemic. Dahye Yim, Ngoc Bui, and Jee Hei Park write about its history, struggles for equality, and interview two Asian women about their experiences.

On March 28, 2021, more than 200 people rallied in front of the U.S. Embassy in Berlin, Germany. It was a moment of collective remembrance and resistance in response to the racist, misogynistic shooting that took place on March 16, 2021 in Atlanta. The report from the police that the murderer had a “sexual addiction” and the shootings were motivated from a “temptation” which intensified the outrage from the Black, Indigenous, and People of Color (BIPoC) community. After the shooting and police report, Asian communities in different US states and cities around the world mobilised vigils and rallies to show solidarity with the victims and their families. In addition, the movements around the world were a channel to voice our anger and power.

Although these actions were thousands of miles apart, they arose from a shared recognition that no matter where we are, as people of the Asian diaspora, we stand, as the rally made clear, “against white supremacy, capitalism, racism and sexism."

Underrepresentation of the Asian community

Despite how the media portrayed it, the Atlanta shooting was not an isolated incident. White terrorism and anti-Asian hate crimes have existed throughout history. Being labeled a virus after the outbreak of the pandemic was yet another excuse for violence against East Asians. Resistance movements from the Asian community fighting against racism and discrimination have existed ever since migrants from Asian countries settled in Europe and America.

Many people lack awareness about this history because not only the existence but also the history of mobilisation of the Asian diaspora has been underrepresented and suppressed. The crucial pieces of history the Asian diaspora took part in are rarely, if ever, represented on any educational, political and social level. The activism and leadership of Asian diaspora communities fighting against systemic racism has been intentionally erased from recorded Western history, which includes US history taught at school. Underrepresentation of the Asian diaspora has affected many people of Asian descents’ sense of self. As Lily Fei mentions, “lack of representation made me feel ashamed to be Asian” and “I felt no pride in being Asian, and that is something I still struggle with.”

Failing to acknowledge the history of the Asian diaspora in Western political and educational systems is intentional. Sharing our history of defiance and active cooperation with other BIPoC communities would go against the white colonial projection of Asian communities as a “model minority,” i.e. non-whites who are submissive, diligent, and never make waves. Furthermore, in order to control the narrative, white supremacist structures have historically ensured a methodical erasure of our fight against racial injustices and the exploitation of BIPoC bodies. The denial of BIPoC self-expression and autonomy is intentional and generally used in two ways: From denial of representation and access to being targets of hate crimes, we are seen as either a tool (model minority) or a threat (yellow peril), but never as human beings. This dehumanization is deliberate as it makes it easier to oppress, exploit, and enact violence against us without consequence or conscience.

Racism against Asian people not only manifests as systematic exclusion and invisibilization - it also comes in the form of the fetishization of Asian women. In line with the “model minority myth,” Asian women are often fetishized due to the expectation of them being submissive and physically small. Such dehumanizing and sexist ideas and actions have been quite prevalent within our white supremacist society, so much so that Asian women have been forced to shoulder the burden since they are silenced in many cases. In this sense, the Atlanta shooting can be interpreted as a murder that comes from the underrepresentation, fetishization, and dehumanization of Asians. The pandemic motivated predominantly whites to target Asians without shame which can only be taken as a contributing influence to the racist and sexist actions of the terrorist. Thus, narratives of the Asian diaspora and the struggles and fights against racism, sexism and other injustices should be actively documented and publicized in order for them to be incorporated into the educational and political system that can empower people of Asian descent.

The rally in Berlin was the result of several groups and individual activists in Germany coming together to make these realities visible and felt. For Vicky Truong, one of the organizers of the rally, she sees this moment as one of “growth of awareness and organisation within the Asian diaspora [in Berlin].”

The past years have brought about some powerful moments. Back in 2018, Vicky organized the “I AM NOT A FORTUNE COOKIE” event, which was a direct response to “racism, sexism, fetishisation, exotification and cultural appropriation.” And just this past year, AG Trostfrauen of Korea Verband e.V. successfully fought against the district of Berlin-Mitte to keep the Statue of Peace, which was erected in September 2020 to commemorate “the courage of the ‘comfort women’ who were sexually enslaved by the Japanese military during World War II and broke the silence about this war crime.”

The momentum of the actions in response to the Atlanta tragedy must be sustained if we are to bring down the intersecting systems of white supremacy, capitalism, and misogyny.

Remembrance and Solidarity to Move Forward

The history of anti-Asian racism may be long but so is the history of resistance. This article encourages the reader to remember and learn about activists and communities who came before us and those who continue the fight today. Who voiced their dissent and resisted racism in the face of adversity and state brutality.

It may seem like an insurmountable fight but the status quo was built on fear, making it inherently limiting and antithetical to growth. The balance of potential tips in our favor every time we reject the status quo by honoring, empowering and uplifting each other.

Holding space and caring for one another defies power structures that rely on us feeling isolated and scared. When we create, build, and reach out across oceans and borders our collective power can overcome any system of oppression. 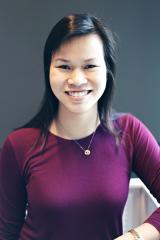 How has underrepresentation impacted your sense of self?

Lack of representation made me feel ashamed to be Asian. I used to whisper, “I’m from China” when people would ask me where I was born. I felt no pride in being Asian, and that is something I still struggle with. My parents always told me I could do whatever I wanted in life, but I had no examples of what that meant. My classmates enforced the idea that I was supposed to be good at math (I’m not) and I was supposed to go to medical school (I abandoned that goal after working in a hospital for a year). It wasn’t until college that I began to claim my Asian identity because I realized that was how the world saw me. I no longer had my white, adoptive parents protecting me when out in public. I was in a new city, on my own, and experiencing the world as an Asian woman.

How does it feel to represent yourself and speak up as an Asian person?

Representing myself happened when I was seeking connection within the Chinese adoption community and found the spaces dominated by white, adoptive parents. I knew I was in the older generation of Chinese adoptees (I was adopted in 1995), but I hadn’t realized that meant I was the generation to speak up for the younger ones. I have been advocating for almost four years now and I struggle a lot with imposter syndrome. I am pursuing my PhD in molecular biology, not in adoption reform. I have to remind myself that my experiences as an Asian woman and adoptee are valid even if my formal education is not in those areas. Despite struggling with confidence as an advocate, I try my best to keep speaking up and creating safe spaces for people like me. I grow more comfortable in those role every day, but it can still be emotionally draining and triggering when the hate messages come in. The most helpful thing has been to connect with other Asians and adoptees and reminding myself I am not alone like I thought I was. 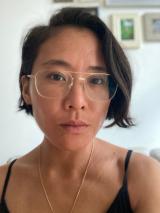 What is your most memorable project?

For me, my most memorable project was my first big event – I AM NOT A FORTUNE COOKIE. It was my first time making a strong political action in response to the forever ongoing discrimination I receive as an Asian queer cis woman.

The event highlighted racism, sexism, fetishisation, exotification and cultural appropriation. I invited a range of activists, scholars and artists to speak and perform at the event. It was the first time I had met so many other people of Asian descent and POCs who spoke openly about their experiences and critical thoughts on such subjects. It empowered me a lot, seeing what I was able to create on my own with the support of amazing people and meeting so many wonderful BIPoC that evening in 2018.

What would you request to the public to keep the momentum?

PIEE – patience, inclusion, equity & education. I love this quote (I don’t know who said this):

“Equal rights for others does not mean fewer rights for you. It’s not pie”

I just want more people to make more pie for themselves and those around them.

How did the media report about anti-Asian hate crimes? How did you analyze them?

It’s great how #StopAsianHate has mobilised more people and raised awareness of what is happening. Though, I wished more critical awareness of why this hashtag was created would be attached to the hashtag, in which I don’t think it is.

“Asian Hate Crime” or anti-Asian racism? I’ve spoken to and heard a lot of other people remind us that by addressing the increased racism Asian people must endure as “hate crime” takes away the ability to look at the systemic structures of inequality and the history that created them. It feels like the mainstream media is reporting on the anti-Asian racism as if “hate” towards Asians has only started to really happen since COVID-19 began. Obvs not true! I do see many grassroots media covering Asian-racism more critically…probably because they are mostly by and for BIPoC.

How did you mobilize the movements?

What motivated you to engage in political action?

I’m unsure… It may have been because something triggered me, and I finally found myself to be capable of taking an action against it and articulate my understanding of it all.

Do you believe that the Atlanta shooting will have a lasting impact on East Asian social and political involvement with anti-racism work, and if so, how?

I think it, unfortunately, proves the fact that racism kills (and the victims are people that look like some of us) and that everyone must be aware and actively dismantling inequity. There are many forms of discrimination I believe that too many Asians have been trying to avoid or been silenced for highlighting them. What I’ve been seeing here in Berlin is a growth of awareness and organisation within the Asian diaspora. I see voices rising, and I hope that I will see more diverse communities standing side-by-side fighting for justice together.