After a round of strong applications, we are excited to announce our selection of Transatlantic Media Fellows for 2021.

Each year, we sponsor a select number of journalists from the US and Europe for an independent, five-day, transatlantic trip to research stories relevant to our work on Democracy & Social Policy, Technology & Digital Policy, and Climate & Energy Policy. Fellowships are selected annually and are open to journalists in any medium. We were not able to offer a specific fellowship in the field of Foreign & Security Policy this year, but plan to include this area again in 2022.

After only supporting virtual fellowships in 2020 due to the Covid-19 pandemic, we accepted applications for either travel-based or virtual research and reporting. 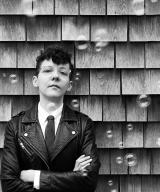 Alex Marzano-Lesnevich is the author of THE FACT OF A BODY: A Murder and a Memoir (Flatiron Books, 2017), which received a Lambda Literary Award, the Chautauqua Prize, the Grand Prix des Lectrices ELLE, the Prix des libraires du Quebec, and the Prix France Inter-JDD. It has been translated into eleven languages and is in development with HBO. Their next book, BOTH AND NEITHER (forthcoming from Doubleday), is a transgender and trans-genre look at life beyond the binary. The recipient of fellowships from The National Endowment for the Arts, MacDowell, Yaddo, and the Black Mountain Institute, Marzano-Lesnevich has written for The New York Times, Harper's, The Boston Globe, ELLE France, Harvard Review, and many other publications. They live in Portland, Maine, and are an assistant professor at Bowdoin College. They will use their fellowship to report on transgender issues and the self-id movement in Germany.

In their research Alex will bring the current state of self-ID laws for transgender people in Germany to the attention of an American audience. Alex will also use the fellowship to reconstruct the longer history of trans people as a cultural category and reflect on the erased history of the Magnus Hirschfield’s Institute of Sexual Science in Berlin. 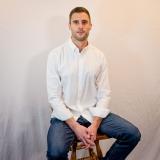 Jacob has reported extensively from East and Central Africa, Germany, and the Caribbean, writing about history, migration, science and global health, prejudice, terrorism and extremism. A graduate of Columbia University and the University of Wisconsin, his Master’s thesis about Chinese migration and investment in Africa was published by The Pulitzer Center and The Atavist as an eBook, China’s Congo Plan. It was favorably reviewed in The New York Review of Books. A former Fulbright Fellow in Berlin, his forthcoming book, White Terror, chronicles the true story of a terrorist plot by white extremists to rid Germany of immigrants.

Jacob will write about the history and the current political debate regarding the Humboldt Forum - and why decolonizing Berlin’s Humboldt Forum might require deconstructing it entirely. 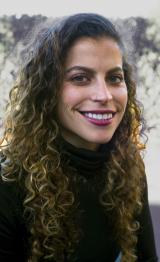 Erica Hellerstein is an award-winning journalist and a senior reporter with the global newsroom Coda Story, where she covers authoritarian technology, disinformation, the war on science, revisionist history, and more. She is Coda's first U.S.-based reporter and has spent nearly a decade covering politics and human rights in the U.S. and abroad. Her work has been published in The Atlantic, The Guardian, ELLE, Marie Claire, The Washington Post, The San Francisco Chronicle, The San Jose Mercury News, and The Lily, among other publications.

As Americans battles over how to teach the country’s history, Erica will travel to Berlin and ask  what Americans can learn from Germany’s Vergangenheitsbewältigung, and what its limitations are. 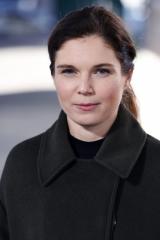 Madeleine Hofmann bundled her expertise in political sciences, sociology and journalism to write the non-fictional book ‚Macht Platz!‘ on the topic of intergenerational justice. Since then she has been an advocate for the rights of future generations, reporting on the topic for media outlets such as Spiegel Online, Zeit Online and ZDF Zoom. She will use the fellowship to research the questions of how to make politics more participative and how to establish more diversity and solidarity in our political institutions.

Madeleine will talk to young aspiring policy-makers to understand how politics can become more inclusive, participative and progressive and what enormous challenges especially young women face when they run for office today.

Jan Pfaff is a longform editor and reporter at taz am Wochenende, the weekend edition of the German daily taz. He studied German literature, American studies and political science in Berlin, New York and Vienna. He trained as a journalist at the Evangelische Journalistenschule in Berlin and then worked as a freelance reporter for several publications including Die Zeit, Der Tagesspiegel, taz and Dummy. Before joining taz am Wochenende in 2017, he worked as an editor at the weekly Der Freitag.

Jan Pfaff will travel to New York City, New Jersey, Philadelphia and Washington, DC, to research a story on the injustices of mass incarceration - and how it threatens US democracy.

Her work has appeared in Süddeutsche Zeitung, taz, International Politics and Society, Frankfurter Rundschau, Perspective Daily, Augsburger Allgemeine, Fluter, among others. She holds a Master’s degree in International Media Studies from the University of Bonn and DW Academy.

Venkina is a member of the journalistic network n-ost in Berlin, of the professional association of freelance journalists, Freischreiber, and has received scholarships from the International Journalism Programmes (IJP), the Swedish Institute, the Institute for the Promotion of Young Journalists (IFP), and The Kiplinger Program in Public Affairs Journalism, among others.

Ekaterina plans interviews in Hamburg and San Francisco/Silicon Valley for a magazine/ feature story about the German-American “transatlantic AI exchange platform” and how the exchange contributes to the digital transformation of Hamburg, in particular its harbor (“smart port”). In addition, she plans an analytical piece on the need for international cooperation to prevent a global cyber arms race, based on Skype interviews with German, American and Russian sources. 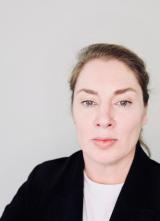 Eva von Schaper is a German-American journalist living in Munich. In early 2020 she set out to explore the link between the drop in measles vaccination rates in Europe and the rise of populist parties. As the pandemic unfolded, she began to see the patterns in covid-denialism that mimicked what we had seen with anti-vaxxers. Together with her co-host, she started Inoculation podcast and the Inoculated newsletter to explore disinformation, anti-vaccine groups and covid-denialism. 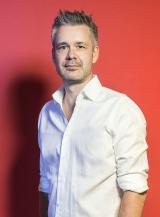 Marc Winkelmann is a journalist, editor and consultant focused on sustainability, digitization, business, and New Work. He received the Heinrich Boell Foundation’s Transatlantic Media Fellowship in 2020 (virtual) and again in 2021 (including travel). Prior to his freelance reporting, he worked as the editor-in-chief for the sustainable business magazine „enorm,“ which he helped establish in 2010. Marc is based near Hamburg, Germany.

Marc received the Heinrich Boell Foundation’s Transatlantic Media Fellowship in 2020 (virtual) and again in 2021 (including travel). During this year's fellowship, he plans to travel to Silicon Valley and Seattle for a long-form magazine story on whether employees of big technology companies have the power to change their industry from within. 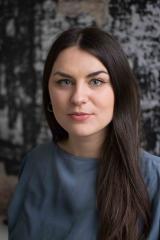 Anna-Theresa Bachmann is a Berlin-based freelance journalist and sometimes photographer. Her stories concern the interconnection between Europe, North Africa and West Asia as well as the relationship between science and society. Anna-Theresa’s work has been published in Frankfurter Allgemeine Sonntagszeitung, DIE ZEIT and taz Tageszeitung among others. Prior to her career in journalism, Anna-Theresa completed a volunteer service at the Holocaust Center in Pittsburgh (PA), studied Middle Eastern Studies in Marburg, Cairo, and Lund, and received a journalism diploma from Reportageschule Reutlingen. She is also the current coordinator of the young online magazine dis:orient.

Anna-Theresa Bachmann wants to use her fellowship to explore the challenges and opportunities of climate change and environmental policies in the Rust Belt area. 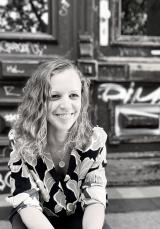 Leonie Düngefeld is a trainee editor at KULTURAUSTAUSCH, a magazine that presents perspectives from all around the globe on cultural and political issues. She has been working as a freelance journalist for newspapers and media projects such as Tagesspiegel Background and Table.Media. As an alumna of Maastricht University and the French-German University (DFH) she holds a Master's degree in Intercultural and European Studies. In her work as a journalist she focuses on intercultural relations, European politics as well as climate and energy topics. Leonie is based in Berlin.

She will use the Transatlantic Media Fellowship to investigate the political, social and environmental dimensions of hydraulic fracturing (fracking) in the United States. 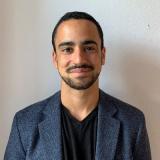 Noah Gordon is a freelance journalist based in Berlin. He was born and raised in Washington, DC. Noah primarily covers climate and energy topics, especially how they affect foreign affairs and the transatlantic relationship. He writes the Carbon Critical column for IP Quarterly of the DGAP. His work has appeared in The Atlantic, New Statesman, Clean Energy Wire, Climate Diplomacy, and Euractiv, among others.

Noah is an advisor at the climate consultancy adelphi, where he coordinates the Transatlantic Climate Bridge. He is currently pursuing a PhD in Energy Transitions at the University of Erfurt.

During his Böll Foundation fellowship, Noah will cover both the Biden administration’s struggles to pass the legislation required to hit its new, ambitious climate targets and the EU’s efforts to make climate protection a part of daily life with its new regulations on the transport and buildings sectors. Each union of states should have lessons to share with the other. 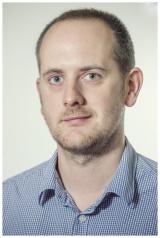 Oliver Milman is the environment correspondent at Guardian US, based in New York. He covers the climate crisis, as well as issues involving biodiversity and the impacts of air and water pollution, for the Guardian and has repeatedly exposed corporate and government wrongdoing through his work. Originally from the UK, Oliver was part of the launch team for the Guardian's operation in Australia.

His work for the fellowship will focus on the intersection between nationalist politics in Europe and the US and purported concerns over climate change. 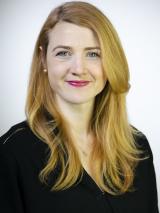 Brett Simpson is a freelance journalist based in San Francisco, California. Her reporting, spanning California to the Norwegian Arctic, focuses on the intersections of climate change, environmental policy, and human rights. Her print and audio work has appeared in The New York Times, The San Francisco Chronicle, Reveal, KQED, Earth Island Journal, Yale Climate Connections, and more.

Brett will use the fellowship to spend the summer with an indigenous community in Norway and report on environmental justice.