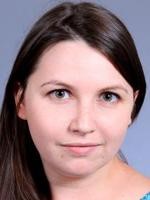 Arina Muresan is currently a Researcher in geopolitical dynamics and governance at the Institute for Global Dialogue (IGD). Arina manages the IGD’s flagship project on South Africa in the World, that engages on South Africa’s diplomacy and foreign policy in Africa and further afield. She obtained her Masters in Politics in 2017, from the University of Johannesburg and her research interests include South-South cooperation, perception studies, and geopolitical dynamics.