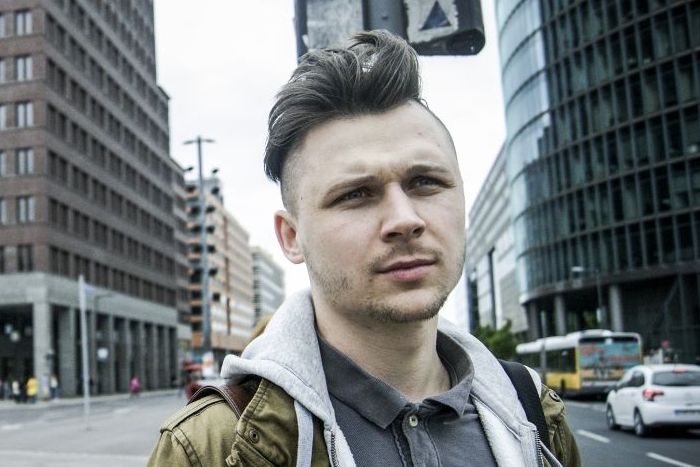 Dawid Kawczyk is a reporter working for Dziennik Opinii, a Polish daily magazine, and a member of Krytyka Polityczna (Political Critique), an Eastern European leftist network of institutions, activists, writers and artists. He is currently finishing his MA in Philosophy and has received his BA in English Studies at the University of Wrocław, Poland. In his professional work he focuses on such topics as worker’s rights, migration, and social movements. Recently he is preparing a series of interviews with the most courageous activists in Central and Eastern Europe. His pieces were featured in Magazyn Świąteczny, Gazeta Wyborcza, Le Monde Diplomatique Polish edition, Dziennik Opinii and Krytyka Polityczna. Translations of his articles can be found in the Czech magazine A2larm, Romanian Mămăliga de Varșovia and on PoliticalCritique.org. In his free time, Dawid leads journalistic workshops for youth – providing students with essential skills of socially engaged journalism. Dawid used his Transatlantic Media Fellowship to research labor rights, Islamophobia, and the US criminal justice system. His work was published in the Polish journal Krytyka Polityczna.