How American conservatism is beginning to resemble Hungary

Analysis
Parallels between the American "New Right" and Hungarian Prime Minister Viktor Orbán’s brand of illiberalism extend beyond CPAC and his relationship with Trump.
By Sam Denney

Where are the Ukrainian women? Respecting female voices now and in post-war times

Commentary
The Russian invasion of Ukraine tragically continues with brutal shelling of civilian targets, escalating into a humanitarian catastrophe. At the forefront of all this is the masculinity of war which caused these horrors in the first place, and which allows for ignoring the voices of Ukrainian women at all levels.
By Míla O'Sullivan

Analysis
Germany’s mainstream political parties and their candidates led a remarkably civilized campaign in the digital age, avoiding U.S.-style political polarization. Even so, hate speech and disinformation on social media played a role in diverting public attention away from policy issues to personal attacks in an election that should been about shaping a path for Germany’s future.
By Sabine Muscat

Imbalanced foreign trade, debt, and investment in developing countries: The case of Georgia

Study
Georgia remains a developing country even three decades after its independence from the Soviet Union and despite its strategic location and abundant natural resources. It has benefited to a limited extent from foreign investment and relatively recent free-trade agreements with the EU and China. But its full emergence as an economically and politically resilient State has been hampered by a modernization-driven development agenda and neoliberal policies, with too little regard for their social and environmental impacts in Georgia. The country also has been held back by high-pressure, counter-productive trade- and lending policies imposed by global powers such as the IMF, the EU, the United States, and China.
By Ia Eradze 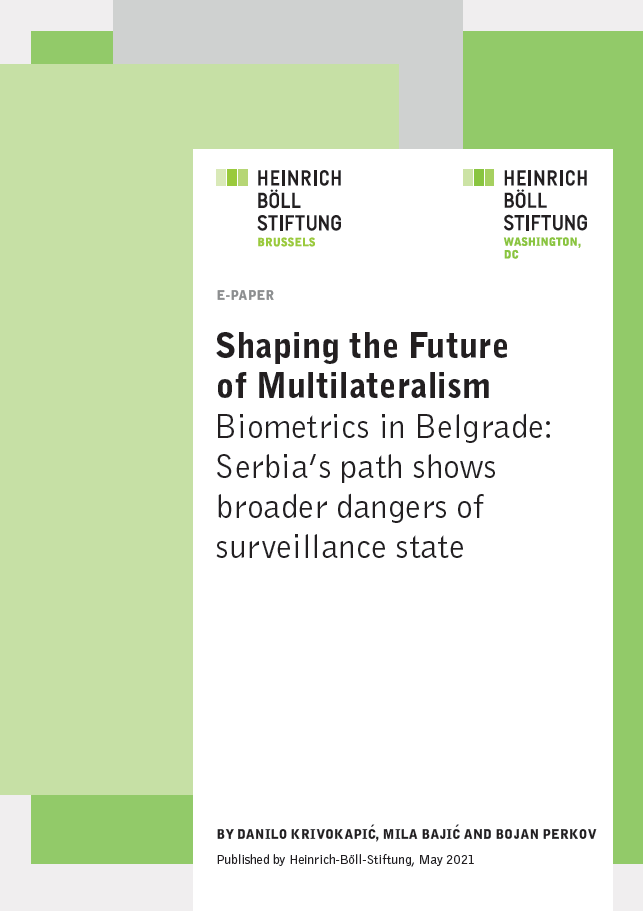 On the EU’s periphery, Serbia has deployed enough biometric surveillance technology from China’s Huawei for law enforcement and “Safe City” solutions to cover practically all of Belgrade’s public spaces. Public pressure has raised the bar for turning on the technology, but the alarming project illustrates the need for transparent regulation of such systems everywhere, to ensure the protection of fundamental human rights.

The great leveller? How Covid-19 responses could widen gender inequality in the UK

Commentary
The coronavirus pandemic – just like society – runs along fault lines of gender, race, class and other inequalities. With women over-represented in vulnerable frontline jobs, there are fears that technologies proposed to tackle the pandemic could inflict harms that differ based on gender.
By Ella Jakubowska

While conflict with the EU is likely to continue, Poland’s government banks on close relations with the White House

Analysis
Upcoming elections in Poland highlight the growing gap between the country and the EU.
By Dominik Tolksdorf

Transatlantic Media Fellowship
The controversy around Huawei shows you can’t benefit from the Chinese economy without acquiescing to Chinese politics.
By Isaac Stone Fish

For Ukrainians in Poland, jobs but no security