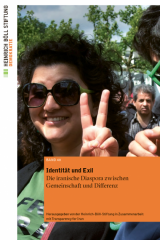 Identity and Exile: The Iranian Diaspora Between Solidarity and Difference

Over five million Iranians are in exile – about 120,000 of which live in Germany. They are influencing political and cultural debates in Iran on a daily basis. The aim of this publication is to promote a process of reflection within the diaspora and provide an input concerning the role and potential of the diaspora community in the US and Germany as well.

After the United States and the European Union have lifted economic sanctions on Iran, the country can expect major economic rewards and greater interaction with the international community. This is a success for Iranian President Hassan Rouhani, under whose leadership Iran complied with its obligations under the international agreement to restrict its nuclear program. Dr. Roubzeh Parsi explains the challenges the administration could face after the parliamentary election in February 2016.